Genie Harrison and her team of lawyers have decades of experience in handling complex litigation and trials.

For a consultation on an employment or sexual harassment case, contact us at (213) 805-5301 or email Ms. Harrison directly at genie@genieharrisonlaw.com.

Many of our cases come from referrals from other attorneys who understand that employment litigation can be complex and difficult to resolve unless you have experienced representation in this field of practice.

Genie Harrison and her team of lawyers have decades of experience in handling complex litigation and trials. Genie Harrison has triumphed in trials ranging from a few weeks to almost a full year. Let a few of Genie’s results speak for her:

The trial attorneys at Genie Harrison Law Firm are just as passionate about the cases they co-counsel and try for other attorneys as those they have litigated from inception. We pay referral fees to other attorneys in accordance with the California Rules of Professional Conduct and the State Bar of California.

Contact us with your employment cases or sexual harassment cases at (213) 805-5301 or email Genie Harrison directly at genie@genieharrisonlaw.com. We can help. We are trial lawyers you can trust. 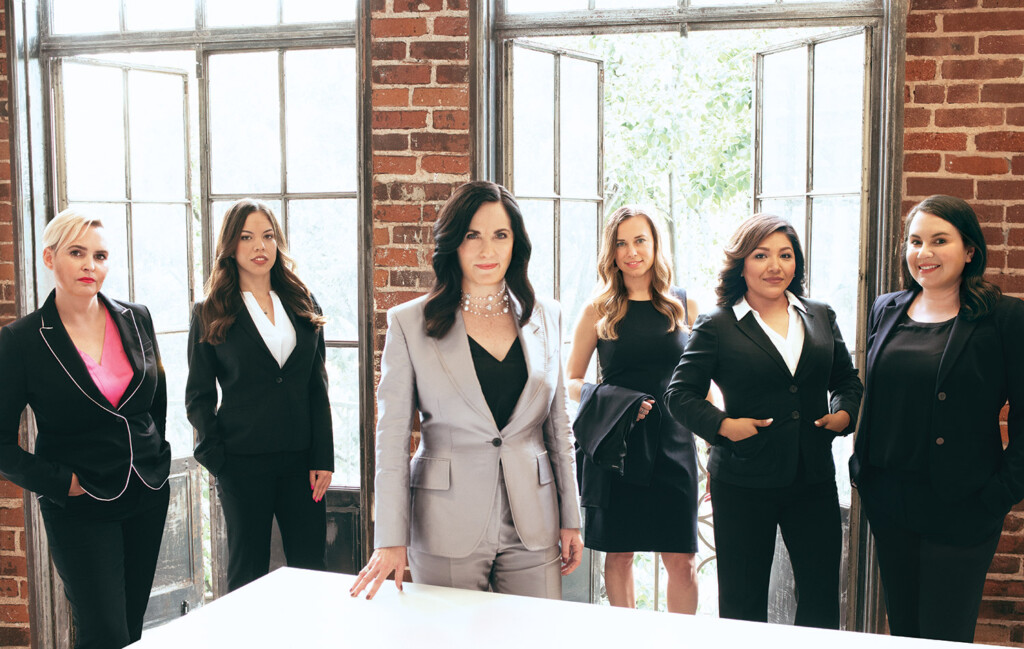 The Genie Harrison Law Firm offices have been professionally decorated to provide a comfortable, relaxed environment for meeting with clients and hosting depositions. (Click to view slideshow.)

The Genie Harrison Law Firm offices are located across the street from Pershing Square in downtown Los Angeles, served by the Pershing Square station of the Metro Red and Purple lines. We validate parking at Pershing Square and in the PacMutual Building.

Read about Damages Genie, the software solution created by Genie Harrison to help attorneys maximize non-economic damages for their clients.